Filming a movie is always hectic for an actor or actress as it takes a long span of time to complete the shoot . They play a hell lot of complex characters which requires a lot of patience and talent . You already know about the workload and the work pressure they have and what they go through . Do you know what is the most difficult thing being an actress?? Pregnancy, you guessed it right . It becomes a difficult task for these actress to hide their pregnancy during their work . But , that does not effect their work one bit because these professional ladies are at their best when it comes to workfront . These ladies never fail to impress and deserve respect .
We have 10 best list of actresses who were pregnant while on work who did their jobs effortlessly and quite flawlessly : 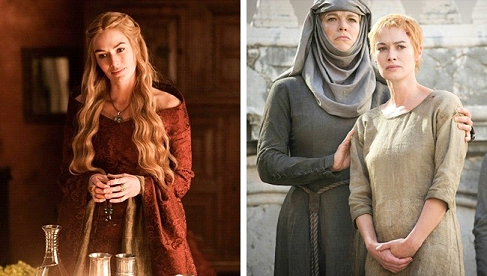 Popularly known as Cersei Lannister , this actress from Game of Thrones garnered a whole lot of attention from all over the world with her acting . Even though she portrayed a negative character she was on point with her acting . Portraying this role with a pregnant belly was never easy, thanks to the body double who fit really well into the character . She was supposed to shoot a naked scene where the actress had to shoot for the “ walk of shame “ .

2.Blake Lively from The Age of Adaline and The Shallows .

This actress was loved because of her flawless acting . To add on , she is a brave lady who loves to do all her stunts herself . She was never hesitant and did some risky stunts while she was pregnant .

We all love Kate Winslet . She delivered some real good performance in the movie . Thanks to the camera angles and those dark colored clothes which didn’t make her look pregnant . She used her body double to shoot the action packed scenes .

4.Sarah Jessica Parker from Sex and the City . 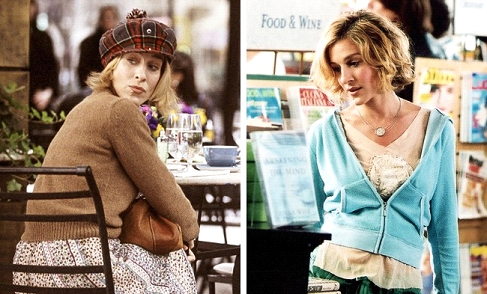 She is a well known name in the Sex and the City . Her stylist worked pretty hard to drag all attention from her belly to her clothes ornament and makeup . So they gave her baggy clothes to shiny ornaments hoping that it would distract the viewers . This could continue till the 8th episode since her pregnant belly as quite visible by that time .

Director’s plan worked in this one as he decided to dress the actress in a corset which would hide her body quite perfectly . It is natural for a female’s body to see some change as it keeps increasing by day so was the case of the actress too. 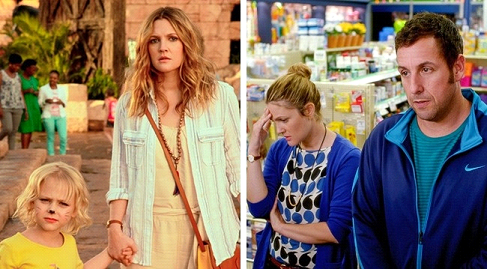 After having signed the contract , the actress found out about her pregnancy . Her stylist worked really hard with her appearance to hide the matter .

7.Scarlett Johansson aka Black widow from Avengers: Age of Ultron . 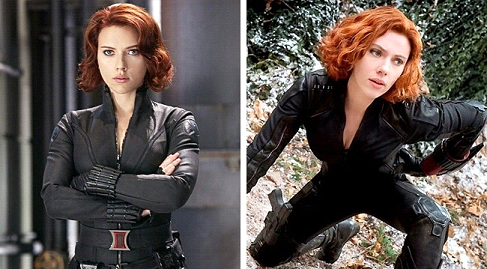 We are big fans of Black Widow as she never failed to impress us with her acting and action scenes she had in the movie . But, do you know that she was pregnant while shooting this movie ? Yes, you heard it right . Scarlett was pregnant and her scenes were already shot while the action sequence remained pending . She used to get tired very fast and this made the shoot take even a longer time than it was expected . At last , it was the crew’s decision to hire a body double for the action sequence . 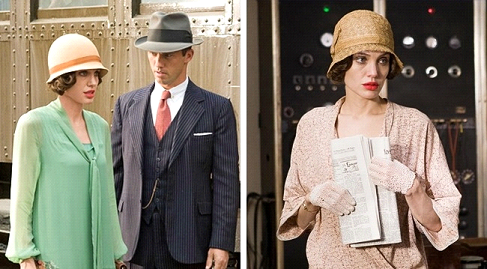 This was a movie with complex emotions and actresses generally don’t sign such movies . But , Angelina decided to take up the role and struggled a lot with her emotions while shooting this one . She always sticked with the team and completed her shoot and delivered a beautiful performance . 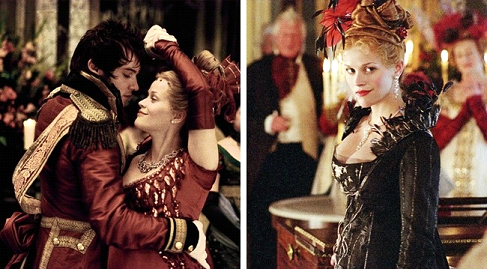 Her stylist and designers worked brilliantly enough to hide her baby bump with those dark colored luxurious clothes and ornaments . if you remember this movie , you could recall that her whole figure was never shown in the movie . They used tables a proxy and this actress delivered her performance from behind these tables . This is a favorite show and can you recall that Monica has a sudden change in her dressing and was shown as a 5 month pregnant lady with a baby bump . The baby bump being quite visible .

11.Emily Blunt — The Girl on the Train and Into the Woods 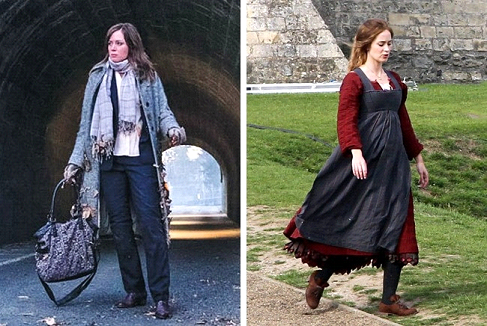 Emily never shared her pregnancy news with the crew and was mum about it . She bravely portrayed her role and later was quick to describe how this helped her in shooting her complex role with unstable emotional character . 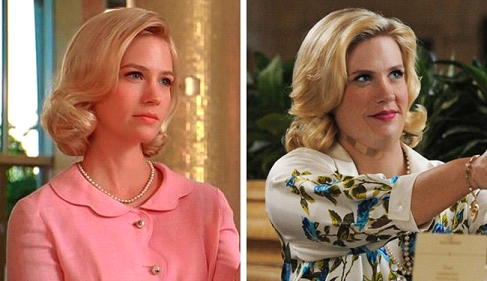 This actress had to undergo severe makeup for her role in the mad men as the crew wanted to show that the character had gained weight as a result of stress from her marital conflict . The script was altered to some extent after hearing the actress’s pregnancy role . Even a double chin was given to her so that it would look real and seem that the character gained an overall weight and not just her belly .